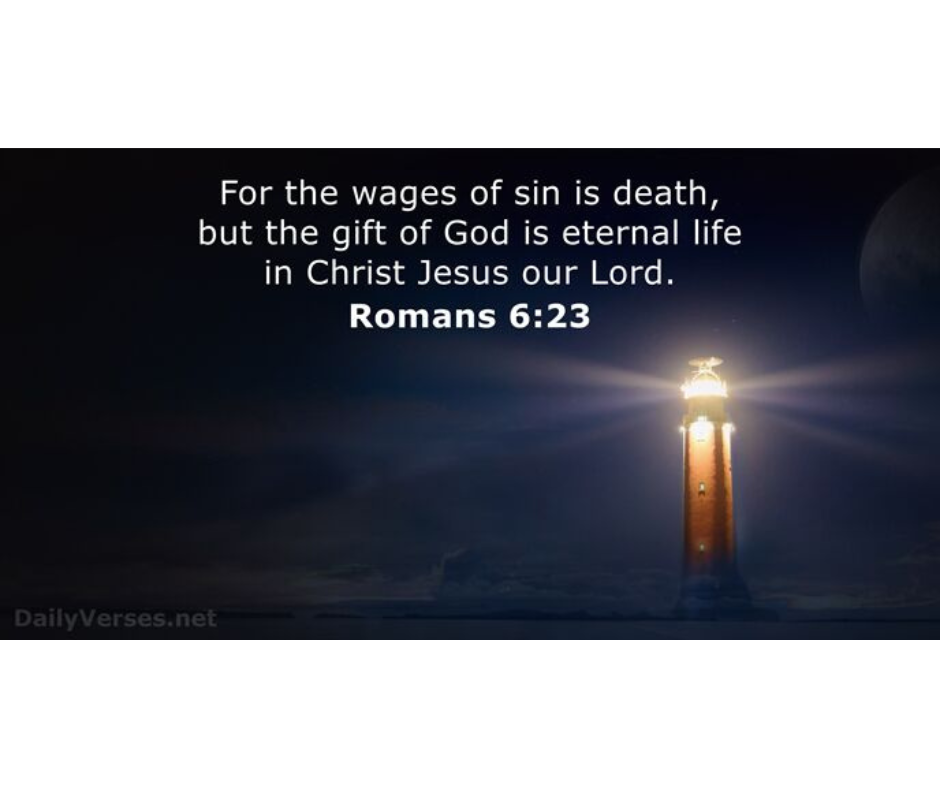 If you confess with your mouth that Jesus is Lord and believe in your heart that God raised him from the dead, you will be saved. For one believes with the heart and so is justified, and one confesses with the mouth and so is saved. For the scripture says, “No one who believes in him will be put to shame.” For there is no distinction between Jew and Greek; the same Lord is Lord of all, enriching all who call upon him. For “everyone who calls on the name of the Lord will be saved.” (Romans 10:9-13)

Paul tells us we are saved by our faith in Jesus; we just need to call on His name. Jesus says that merely calling on His name is not enough. Our actions matter. We must do the will of our Heavenly Father.

The Church teaches that the books of the Bible, “written under the inspiration of the Holy Spirit… have God as their author” (CCC, 105). We can’t merely accept the word of Saint Paul, and reject the teaching of Jesus, or vice versa. But how do we reconcile these two passages?

First, we can be saved by professing that Jesus is our Savior, repenting for our sins and begging for His mercy. We see in this in the story of the Good Thief in Saint Luke’s account of the Passion.

Now one of the criminals hanging there reviled Jesus, saying, “Are you not the Messiah? Save yourself and us.” The other, however, rebuking him, said in reply, “Have you no fear of God, for you are subject to the same condemnation? And indeed, we have been condemned justly, for the sentence we received corresponds to our crimes, but this man has done nothing criminal.” Then he said, “Jesus, remember me when you come into your kingdom.” He replied to him, “Amen, I say to you, today you will be with me in Paradise.” (Luke 23:39-43)

We can see this as well in the story of Henri Pranzini, the condemned criminal who Saint Therese of Lisieux prayed for, and who repented before his execution. (You can read his story here.)

Note that the Good Thief recognizes who he is – a sinner in need of God’s mercy – before calling on Jesus. Henri Pranzini reached out for a crucifix and kissed the sacred wounds of Jesus three times before he was killed. Implicit in his action, I believe, was a recognition that he had greatly sinned, and was about to stand before the Lord, and had (and needed) no recourse but to ask for His Divine Mercy. Saint Therese had no doubt that God had answered her prayer, that Pranzini was saved, and this inspired her to continue to sacrifice herself, through her little way of love, for the salvation of souls.

What we should not take away from these inspiring stories is that our actions don’t matter. We should not believe that our salvation is merely a matter of saying that we believe in Jesus once, at any point in our lives, and then to go on doing what we want as if nothing else matters. To profess Jesus as Lord is to profess the truth of the gospel, and Jesus begins his ministry by proclaiming the core of the gospel message:

After John had been arrested, Jesus came to Galilee proclaiming the gospel of God: “This is the time of fulfillment. The kingdom of God is at hand. Repent, and believe in the gospel.” (Mark 1:14-15)

We saw how Jesus began His ministry. Consider how He ended it, with the Great Commission He gave to His disciples at the conclusion of Saint Matthew’s gospel:

“Go, therefore, and make disciples of all nations, baptizing them in the name of the Father, and of the Son, and of the holy Spirit, teaching them to observe all that I have commanded you.” (Matthew 28:19-20)

He doesn’t say, “Baptize them, and that’s all they need.” Baptism is the beginning of the journey. The Bible frequently uses marriage as a metaphor for the relationship God desires to have with His people. No one would consider marriage merely a profession of vows, and then do as you please. If we say Jesus is Lord, we need to make Him the Lord of our lives, following Him to Calvary so we can be raised with Him to new life.

And Paul’s on the same page here. He’s very clear in his letter to the Romans that the salvation offered to us through faith in Jesus does not give us license to sin. He recognizes that our baptism should mark a whole new beginning for us. It should change everything.

What then shall we say? Shall we persist in sin that grace may abound? Of course not! How can we who died to sin yet live in it? Or are you unaware that we who were baptized into Christ Jesus were baptized into his death? We were indeed buried with him through baptism into death, so that, just as Christ was raised from the dead by the glory of the Father, we too might live in newness of life.

You too must think of yourselves as [being] dead to sin and living for God in Christ Jesus.

Therefore, sin must not reign over your mortal bodies so that you obey their desires. And do not present the parts of your bodies to sin as weapons for wickedness, but present yourselves to God as raised from the dead to life and the parts of your bodies to God as weapons for righteousness. For sin is not to have any power over you, since you are not under the law but under grace.

What then? Shall we sin because we are not under the law but under grace? Of course not! Do you not know that if you present yourselves to someone as obedient slaves, you are slaves of the one you obey, either of sin, which leads to death, or of obedience, which leads to righteousness? But thanks be to God that, although you were once slaves of sin, you have become obedient from the heart to the pattern of teaching to which you were entrusted. Freed from sin, you have become slaves of righteousness… For the wages of sin is death, but the gift of God is eternal life in Christ Jesus our Lord. (Romans 6:1-4, 12-18, 23)

God’s mercy is always there for us. When we fall, we can always call on the name of the Lord and be restored to friendship with Jesus, as were the Good Thief and Henri Pranzini. But when we call on the Lord, we need to persist in following Him.

Lastly, some people have a dramatic conversion experience like Saint Paul, but many of us are baptized as children and raised in the faith, and our conversion is a more gradual process. At different times in our life, God is calling us to take up something, or give up something, that is hard for us. These are opportunities for conversion, to become closer to Him. God calls us at the best time. He is patient with us when we don’t answer. He persists in calling us. Through prayer and discernment, and always with His grace, we can accept His call to grow in holiness and do His will.

Nothing can separate us (Romans 8)