“Everything I Have Is Yours”

“Everything I Have Is Yours” 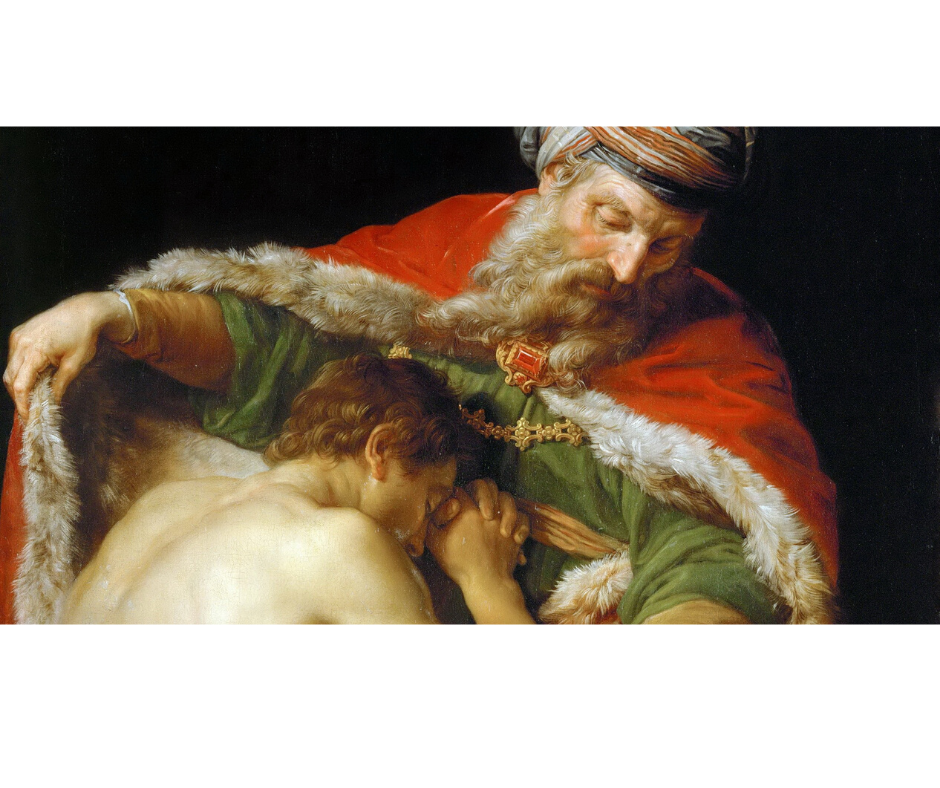 “He became angry, and when he refused to enter the house, his father came out and pleaded with him. He said to his father in reply, ‘Look, all these years I served you and not once did I disobey your orders; yet you never gave me even a young goat to feast on with my friends. But when your son returns who swallowed up your property with prostitutes, for him you slaughter the fattened calf.’” (Luke 15:28-30)

When I would hear the story of the prodigal son as a kid, I tended to sympathize with the older brother. He seems to make a good case that his father has treated him unfairly. I mean, all he’s asking for is a small party with a few friends. And he’s done everything right! Isn’t he entitled to a little something – especially in comparison to his rotten younger brother?

In many of the parables, in particular the prodigal son and the workers in the vineyard (Matthew 20:1-16), Jesus is inviting us to take a fresh look at justice. To mankind justice and mercy are opposing forces, but in God justice and mercy meet and come to perfection. There are times where all of us have been the younger brother in the story, willfully disobeying our loving father, but there are times when we’ve been the older brother too – proud, resentful, self-righteous. Choosing not to join the feast (remember, in Jesus’ parables a great feast is almost always a metaphor for heaven), choosing not to forgive. This is really the parable of two brothers, and Jesus is warning us not to follow the example of either one. He is also reminding us that when we do, our Heavenly Father will still hasten to greet us, will plead with us even, to come home, and enjoy the feast.

As I thought about this parable, I thought about the brother’s complaint that his father has been stingy with him. This complaint does not stand up to scrutiny. First, the father tells his older son, “Everything I have is yours” (Luke 15:31). Second, this is the same father who, when brutally insulted by his younger son asking for his share of the inheritance, goes and gives it to him. I can’t believe that this same father would have refused his older son anything that he requested. Rather, I think the older son never asked his father for anything. And why not? I think his pride prevented him. Maybe he felt a sense of entitlement –“my father should see all the good work I’m doing and should reward me properly for it.” Maybe he was too self-righteous – “I’m a good person, unlike my younger brother. I never ask for anything.” Resentment and sulking are not the hallmarks of a good person, no matter what the older brother thought.

Jesus tells us constantly that God is generous, especially to those who love Him and pray to Him with a sincere and trusting heart. God will surely give us everything we ask, or will give us something better than what we ask, because He knows better than us what we need. For whatever reason, the older brother was unwilling to bring his needs to his father, and over time, his resentment, not only of his younger brother, but also of his father, grew. Don’t be like the older brother! Don’t compare yourself to others. God alone can judge the hearts of men. Ask God for what you need, starting with what you need the most, His mercy. And celebrate and rejoice with God when prodigals return home, and older brothers join the party.

Image: Return of the Prodigal Son by Pompeo Batoni (downloaded from Wikipedia Commons).

How to be holy