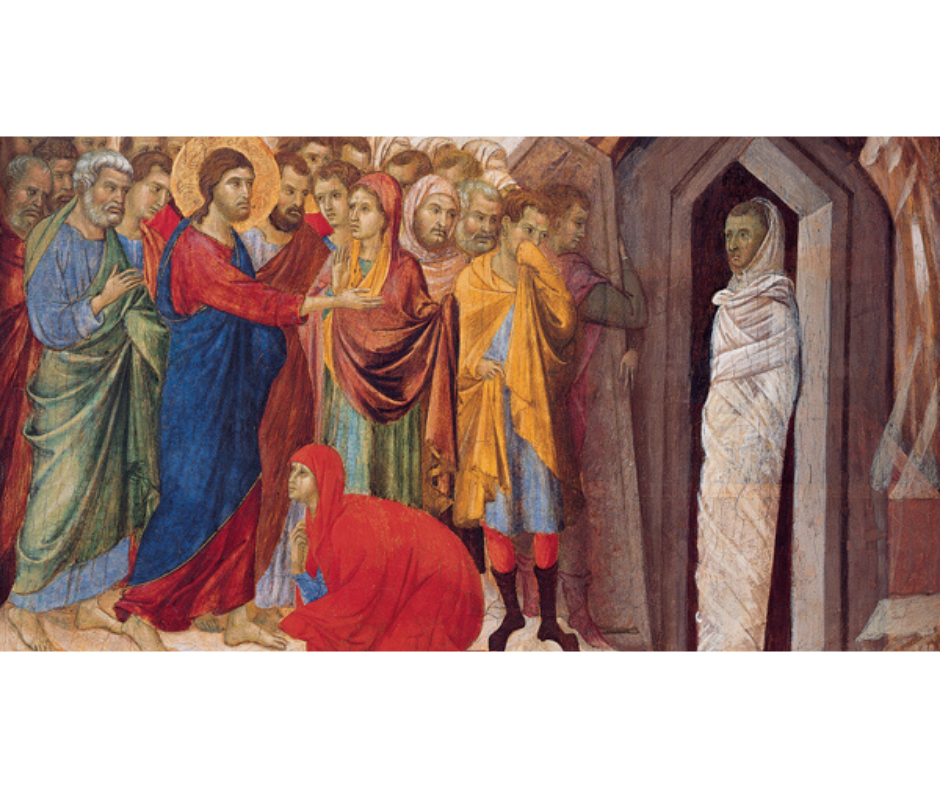 The problem of evil is one of the oldest in theology. Evil in this sense does not refer to sinfulness (at least not entirely), but to disease, natural disasters and the like which afflict the good and bad indifferently, with no apparent reason. The ancient Greek philosopher Epicurus, writing three centuries before Christ, summed up the problem this way: “Is God willing to prevent evil, but not able? Then he is not omnipotent. Is he able, but not willing? Then he is malevolent. Is he both able and willing? Then from whence comes evil?” (1)

Not many people realize that Jesus addresses this question in Luke’s gospel:

Now Jesus does not say why these two tragedies befell their victims. But he makes it clear that it wasn’t because the victims were greater sinners than others. He thus overturns a traditional belief that, in our earthly life, God rewards the just and punishes the wicked.

As he so often does, Jesus reframes the question to get to the heart of the matter. When and how each of us die is irrelevant to our eternal destiny. The relevant question is whether or not we repent of our sins, beg for the Lord’s mercy, and die in a state of grace.

The sufferings of our earthly life, when we can see God face-to-face in his kingdom, will be like the pains of childbirth: not forgotten, but a passage bourn to arrive at a glorious destination.

Jesus is telling us that we will not know or understand the purpose behind every event in our lives, most especially those that cause us great pain. We can’t see how every piece fits in the trillion piece puzzle God is meticulously building. But all the pieces will fit, and when we see the work completed in his Kingdom, we will know why every piece was needed.

Even so, the crosses we bear in this life are difficult, most especially those that feel unjust, and for which we can’t fathom God’s purposes. We should remember that suffering helps us grow in holiness, and that by uniting our suffering with Christ, we help bring his Church to a greater degree of holiness. And we can receive consolation knowing that Jesus and Mary themselves suffered profoundly and unjustly. They bear with us in our suffering because they know all too well what it means to suffer.

The raising of Lazarus offers a profound reflection on both the mystery of suffering and the compassion of Jesus. Consider how the story begins:

Now Jesus loved Martha and her sister and Lazarus. So when he heard that he was ill, he remained for two days in the place where he was. (John 11:5-6)

Huh? Jesus loves Lazarus and his sisters – why doesn’t he rush to their side? In fact Jesus waits until Lazarus dies before going to him. We can gloss over this part of the story because we know about the happy ending. But Martha and Mary didn’t know what was about to happen. Listen to the words of Mary when she sees Jesus:

When Mary came to where Jesus was and saw him, she fell at his feet and said to him, “Lord, if you had been here, my brother would not have died.” (John 11:32)

One way to read this passage is as an acknowledgment by Mary of Jesus’ saving power. But this could also be a reproach to him. “Lord, you weren’t here when we needed you the most! Why didn’t you rush to us when we called?” When terrible events happen in our lives, or when our prayers seem to go unanswered, it is very easy to relate to the words of Mary. And it’s okay to fall at his feet and beg for his mercy. (2)

When Jesus saw her weeping and the Jews who had come with her weeping, he became perturbed and deeply troubled, and said, “Where have you laid him?” They said to him, “Sir, come and see.” And Jesus wept. (John 11:33-37)

The Lord is about to raise his friend Lazarus from the dead. Knowing what’s about to take place, it seems like he shouldn’t be sad at all. But he is so moved at the sight of Martha and Mary and all the others mourning for Lazarus that he is driven to tears.

Does he cry for us when we are weeping? Does he comfort us in our time of loss? Does he love us as he loves Martha and Mary? More than we will ever know. So he mourns with us, even as knows the abundant joy and everlasting life awaiting his followers in the fullness of time.

“The Christian faith has shown us that truth, justice and love are not simply ideals, but enormously weighty realities. It has shown us that God—Truth and Love in person—desired to suffer for us and with us. Bernard of Clairvaux coined the marvellous expression: Impassibilis est Deus, sed non incompassibilis—God cannot suffer, but he can suffer with. Man is worth so much to God that he himself became man in order to suffer with man in an utterly real way—in flesh and blood—as is revealed to us in the account of Jesus’s Passion. Hence in all human suffering we are joined by one who experiences and carries that suffering with us; hence [consolation] is present in all suffering, the consolation of God’s compassionate love—and so the star of hope rises.” -Pope Benedict XVI (3)

(1) C.S. Lewis’ The Problem of Pain is one of the best books on this subject.

(2) Martha greets Jesus with the same words, but adds something powerful: “Lord, if you had been here, my brother would not have died. [But] even now I know that whatever you ask of God, God will give you.” (John 11:21-22) Her affirmation of faith in the midst of her suffering is the ideal response of a disciple.

The wrong approach comes later in the story: But some of them said, “Could not the one who opened the eyes of the blind man have done something so that this man would not have died?” (John 11:37) It is good to turn to Jesus in prayer in times of trouble; it is not good to talk behind his back and question his goodness.

The responses of Martha and Mary were discussed by Father John Riccardo on the November 7, 2019 episode of his radio program Christ is the Answer. Father Riccardo is an excellent catechist and apologist, whose work has often helped me in my writings.

Image: The Raising of Lazarus by Duccio (downloaded from Wikipedia Commons).

Meaning of the Real Presence

What is not in Heaven

3 thoughts on Hope amidst suffering