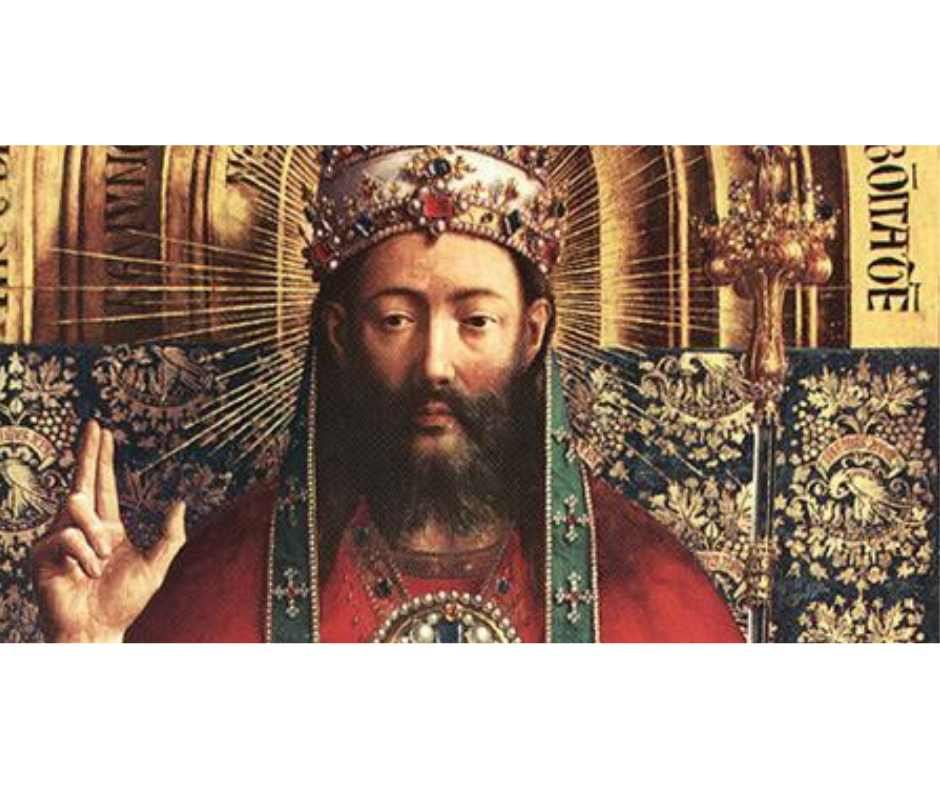 At this point in the discourse, Jesus no longer addresses his apostles. He prays to His Heavenly Father. In Luke’s gospel, the apostles ask Jesus to teach them to pray, and He teaches them the Our Father. But in this one chapter of John’s gospel, we are given the grace to hear a conversation between Jesus and His Father. This passage is one of the overlooked gems in Sacred Scripture. In the moments before His Passion, on the night He was betrayed, what does the Son ask of the Father?

I will comment on this passage in my next post. For now, I invite you to read Chapter 17 of John’s gospel below. It has been said that Matthew, Mark and Luke wrote in prose, but John wrote in verse. I have copied this passage in verse form below. In big blocks of paragraphs Jesus’ prayer is hard to read. This passage should be read slowly and thoughtfully. I hope that transcribing it this way has that effect.

When Jesus had said this, he raised his eyes to heaven and said:

“Father, the hour has come.

Give glory to your son,

so that your son may glorify you,

just as you gave him authority over all people,

so that he may give eternal life

to all you gave him.

Now this is eternal life,

that they should know you,

the only true God,

and the one whom you sent,

I glorified you on earth

by accomplishing the work

that you gave me to do.

Now glorify me, Father, with you,

with the glory that I had with you

before the world began.

I revealed your name

to those whom you gave me out of the world.

They belonged to you,

and you gave them to me,

and they have kept your word.

that everything you gave me

because the words you gave to me

I have given to them,

and they accepted them

and truly understood that I came from you,

and they have believed that you sent me.

I pray for them.

I do not pray for the world

but for the ones you have given me,

because they are yours,

and everything of mine is yours

and everything of yours is mine,

and I have been glorified in them.

And now I will no longer be in the world,

but they are in the world,

while I am coming to you.

keep them in your name that you have given me,

so that they may be one

just as we are.

When I was with them

I protected them in your name that you gave me,

and I guarded them,

and none of them was lost

except the son of destruction,

But now I am coming to you.

I speak this in the world

I gave them your word,

and the world hated them,

because they do not belong to the world

any more than I belong to the world.

I do not ask

that you take them out of the world

but that you keep them from the evil one.

They do not belong to the world

any more than I belong to the world.

Consecrate them in the truth.

Your word is truth.

As you sent me into the world,

so I sent them into the world.

And I consecrate myself for them,

so that they also may be consecrated in truth.

I pray not only for them,

but also for those

who will believe in me

so that they may all be one,

as you, Father, are in me

that they also may be in us,

that the world may believe that you sent me.

And I have given them

the glory you gave me,

so that they may be one,

as we are one,

I in them and you in me,

that they may be brought to perfection as one,

that the world may know that you sent me,

and that you loved them

even as you loved me.

Father, they are your gift to me.

I wish that where I am

they also may be with me,

that they may see my glory

that you gave me,

because you loved me

before the foundation of the world.

the world also does not know you,

but I know you,

and they know that you sent me.

I made known to them your name

and I will make it known,

with which you loved me

may be in them