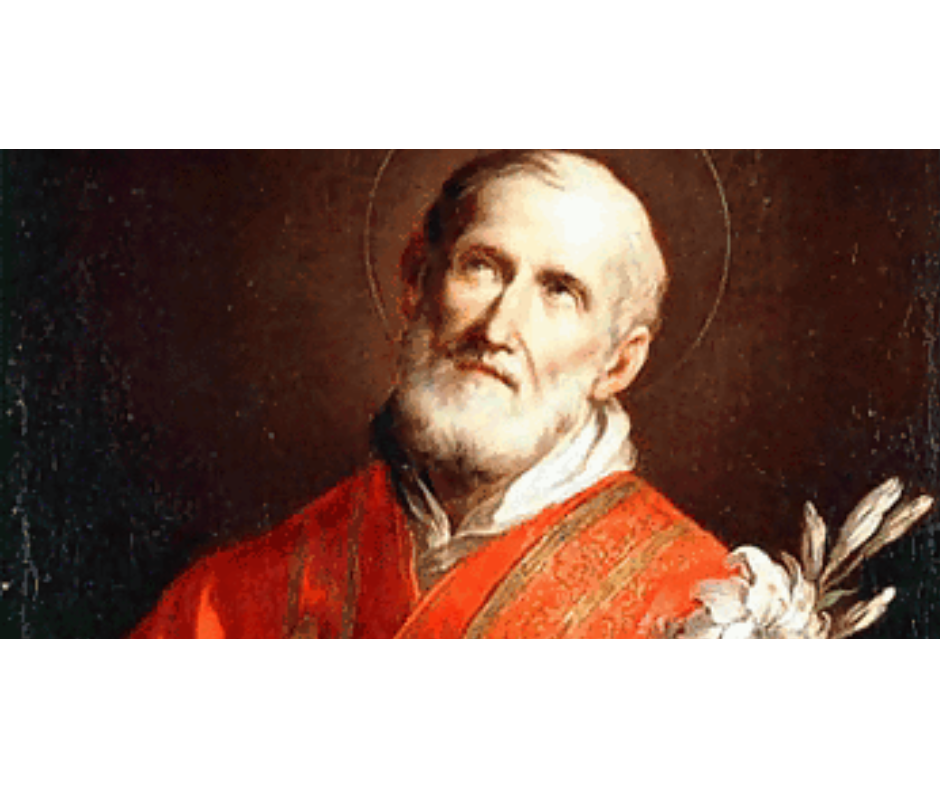 “Well brothers, when shall we begin to do some good?”

Saint Philip Neri had such an impact in his day that he is remembered as the “Apostle of Rome.” He experienced a profound conversion at the age of 18 and devoted himself entirely to our Lord thereafter. The Holy Spirit led him in 1533 from Florence to Rome, which at that time was in a bad state.

Rome had been sacked in 1527 by mutinous soldiers of the Holy Roman Emperor, Charles V. Pope Clement VII was imprisoned and forced to pay a hefty ransom to spare his life. The sack lasted eight months, ending only when food ran out in the city and the plague was taking hold. Between those who fled the city, and those who died from fighting, starvation or sickness, the population of Rome was reduced from 55,000 to 10,000 people.

The spiritual state of the Church in Rome was in no less decline. The wealthy and powerful Medici family had played a large role for decades in the selection of popes and cardinals, leading to prelates who were much more invested in temporal than spiritual matters. Their attitudes passed down to the priesthood, where many clergy “seldom celebrated Mass, let their churches fall into disrepair and neglected their flocks.” Thus, a few years after Our Lady of Guadalupe appeared to Juan Diego, and a few years before Francis Xavier set sail for India, Philip Neri came to a Rome that was very much in need of re-evangelization.

Philip would stand on street corners and engage passers-by in conversation, typically with the greeting, “Well brothers, when shall we begin to do some good?” He had an engaging personality and a good sense of humor, which helped draw people into conversations that would eventually turn to Jesus and discipleship. Philip would then take his new followers to visit the sick or stop by a church. He would also visit bars at night to win new converts.

In 1544 Philip was praying on the eve of Pentecost, asking for the gifts of the Holy Spirit. A globe of fire appeared before him and entered his mouth. He felt his heart expanding, and he cried out, “Enough, enough, Lord, I can bear no more!” As the sensation subsided, he discovered a swelling on his chest, though it gave him no pain. After his death it was discovered that two of his ribs were broken, to accommodate his enlarged heart.

Encouraged by his confessor, Philip became a priest in 1551. He would spend hours in the confessional, as he had the gift of reading people’s hearts and could deflate the pride and sinfulness of those he counseled with gentleness and light-hearted humor.

Philip founded the Congregation of the Oratory. The order received papal recognition in 1575, Continuing to this day, the Oratorians boast more than 500 members as of 2016. They do not take formal vows and live in the secular world, performing works of charity, cooperating with God’s grace and living the life of Christ, as their founder did.

Philip said that his favorite books were the gospels and a joke collection. A young priest asked Phillip what prayer he should offer at a wedding. Philip responded, “A prayer for peace.”

In his later years, Philip would go into a state of ecstasy as he was saying the mass, to the point that those in attendance would leave leave during the Agnus Dei (“Lamb of God, you take away the sins of the world, have mercy on us.”) and return two hours later when Philip was ready to distribute the Blessed Sacrament.

I wanted to learn more about, and pray to, Philip Neri when I heard he was also known as “The Humorous Saint” (a titled bestowed on him by the German writer Johann Wolfgang von Goethe, who wrote an essay about Neri with that title). His life is a reminder that mirth and piety are not incompatible; rather, the joy that comes from loving Jesus should flow from us to all those we meet. Or as Saint Theresa of Avila put it, “God save us from gloomy saints.”

In the words of one biographer of Saint Philip, “He was all things to all men…. When he was called upon to be merry, he was so; if there was a demand upon his sympathy, he was equally ready…. In consequence of his being so accessible and willing to receive all comers, many went to him every day, and some continued for the space of thirty, nay, forty years, to visit him very often both morning and evening, so that his room went by the agreeable nickname of the “Home of Christian mirth.”

Saint Philip Neri, pray for us!