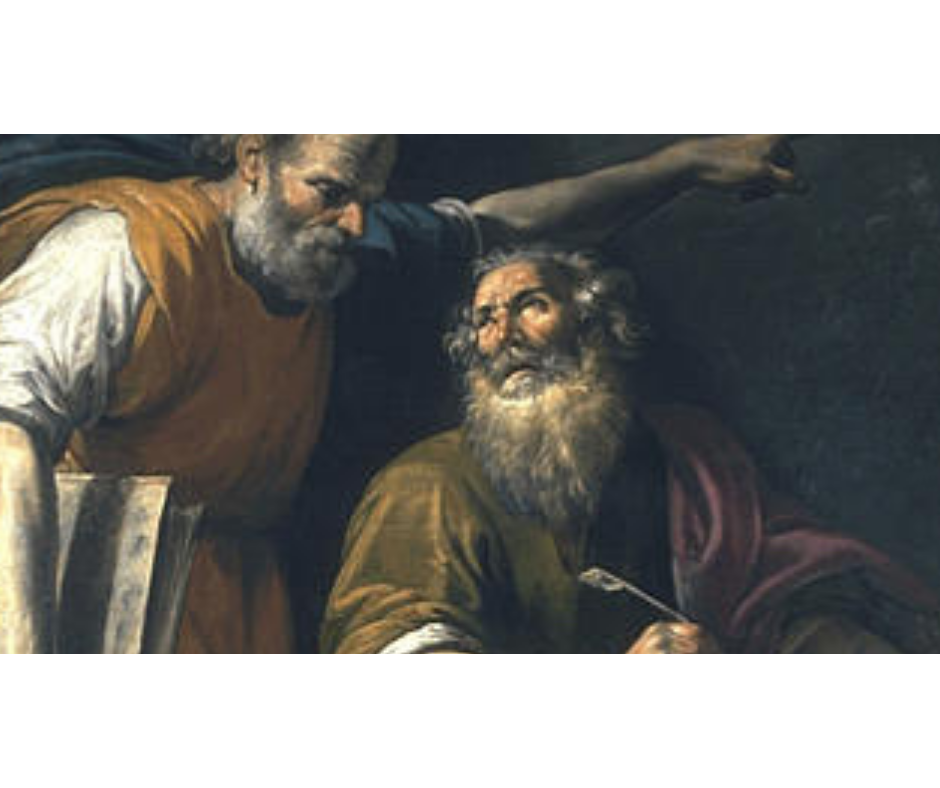 Richard Bauckham, in Jesus and the Eyewitnesses: The Gospels as Eyewitness Testimony, makes a strong argument for the gospels, not as a product of oral tradition far removed from the apostles, but rather as eyewitness testimony from the apostles and disciples of Jesus. Consider these points:

2. An Israeli scholar named Tal Ilan complied a database of Jewish names mentioned in any historical documents or artifacts from 330 BC to 200 AD. Bauckham cross-referenced the relative popularity of names from Ilan’s database and the frequency with which those names are used in the four gospels and Acts. The similarities are remarkable. There were “a small number of very popular names and a large number of rare ones.” (1) Simon and Joseph were the two most popular male names, and Mary the most popular female name. It is not surprising that these names appear frequently in the New Testament, or that the evangelists, as eyewitnesses themselves or hearing directly from eyewitnesses, would be careful to distinguish Simon Peter from “Simon, a Cyrenian… the father of Alexander and Rufus” (Mark 15:21). (2) Likewise, the evangelists write about Mary the mother of Jesus, Mary Magdalene, Mary the sister of Martha and Lazarus, and Mary the mother of James (Luke 24:10). Even the way the evangelists distinguish characters with the same name (often by birthplace or close relatives) was common at the time. And unusual names like Lazarus or Bartimaeus collectively occur as often as Ilan’s database would suggest.

3. Mark’s gospel makes frequent use of stories beginning with a plural “they” subject and then transitioning to the singular with Jesus as the subject – for example, “on the following day, when they came from Bethany, he was hungry (11:12). The plural to singular transition occurs 21 times in Mark’s short gospel. The phrasing is a little awkward, but it makes good sense if an eyewitness such as Peter is telling the story to Mark. It’s easy enough to see how Peter could have told the story to Mark as “when we came from Bethany, Jesus was hungry” and Mark modified the first person “we” to a third person “they.”

4. Histories that relied on eyewitness testimony were more highly esteemed in the ancient world than those that didn’t, and it was better still if the historian himself had been an eyewitness to the events (as Thucydides and Josephus were). Such a history was deemed more credible rather than less. Likewise, it was important that the eyewitness was present from the beginning of the history to the end to be a fully credible source.

5. Mark indicates that Peter is the primary source for his gospel by making him the first disciple of Jesus to be named (and that at the very beginning of his ministry – see Mark 1:16), and he is the last named as well, when the angel at the empty tomb instructs the women to tell the “disciples and Peter that [Jesus] is going ahead of you to Galilee; there you will see him” (16:7) These two references, argues Bauckham, suggest “that Peter is the witness whose testimony includes the whole.” (3)

Mark also makes reference to Peter much more frequently than Matthew or Luke. Peter is mentioned by name 23 times in the first fourteen chapters of Mark’s short gospel. (At first, of course, he goes by Simon rather than Peter.) Again, this suggests that Peter is Mark’s primary source.

6. What about the Lord’s Passion? After Peter denies Jesus, he is not mentioned again in Mark’s narrative until the angel’s appearance at the empty tomb in 16:7. However, Mark is careful to acknowledge three women as his sources for the events of the Lord’s Passion and Easter morning:

There were also women looking on from a distance. Among them were Mary Magdalene, Mary the mother of the younger James and of Joses, and Salome. (Mark 15:40)

Mary Magdalene and Mary the mother of Joses watched where he was laid. (Mark 15:47)

When the sabbath was over, Mary Magdalene, Mary, the mother of James, and Salome bought spices so that they might go and anoint him. (Mark 16:1)

Bauckham finds parallels in histories of Plutarch and Josephus, where an individual is explicitly mentioned in the narrative to imply that said person was the eyewitness and author’s source for the event. (A good example from Plutarch is Julius Caesar voicing doubts to his friends, “who included Asinius Pollio,” about the wisdom of crossing the Rubicon, before he declared “Let the die be cast!”)

7. The earliest claim that Peter is the primary source for Mark’s gospel dates from the early second century, and was written by Papias, the bishop of Hierapolis in Asia: “Mark, in his capacity as Peter’s interpreter, wrote down accurately as many things as he recalled from memory – though not in an ordered form – of the things either said or done by the Lord.”

8. Luke follows Mark in making Peter the first and last disciple named, likely an acknowledgement that Luke relied on Mark’s gospel as one of his sources and deemed it a trustworthy account of Peter’s testimony. But Luke has a greater reliance on the female disciples of Jesus as eyewitnesses. Luke mentions three women – Mary Magdalene, Joanna and Susanna) fairly early in his narrative at 8:2-3. He does not specify the women who stood at the foot of the cross, but he does specify three women again at the empty tomb: “The women were Mary Magdalene, Joanna, and Mary the mother of James; the others who accompanied them also told this to the apostles. (Luke 24:10). The women disciples (in particular Mary Magdalene and Joanna, who are mentioned in both 8:2-3 and 24:10) thus bracket most of Jesus’ ministry in Luke.

And of course, in the infancy narrative that opens his gospel, Luke twice tells us that Mary “kept all these things, reflecting on them in her heart” (Luke 2:19; Luke 2:51 is very similar). Luke is imploring us to follow Mary’s example and reflect on the goodness of the Lord and the mysteries of the faith in our hearts. He is also indicating to us that Mary herself is his source for this part of his narrative. Only she could have shared these details with Luke.

(1) The main source for this post is Richard Bauckham’s book Jesus and the Eyewitnesses: The Gospels as Eyewitness Testimony (Grand Rapids, MI: W. B. Eerdmans Publishing Co., 2nd edition, 2017). It’s worth getting the second edition, which adds some strong arguments to those in the original. The quotation on Jewish names is from Bauckham, page 71.

(2) The mention of Rufus and Alexander suggests that they were known to the Christian community. Paul extends greetings to “Rufus, chosen in the Lord” in Romans 16:13. See Mary Healy, The Gospel of Mark (Grand Rapids, MI: Baker Publishing Group, 2008), pg.313. Matthew and Luke do not mention the two sons, possibly indicating that they had passed by the time those gospels were written. See Bauckham, pg. 52.