The Sacred Heart and Divine Mercy

The Sacred Heart and Divine Mercy 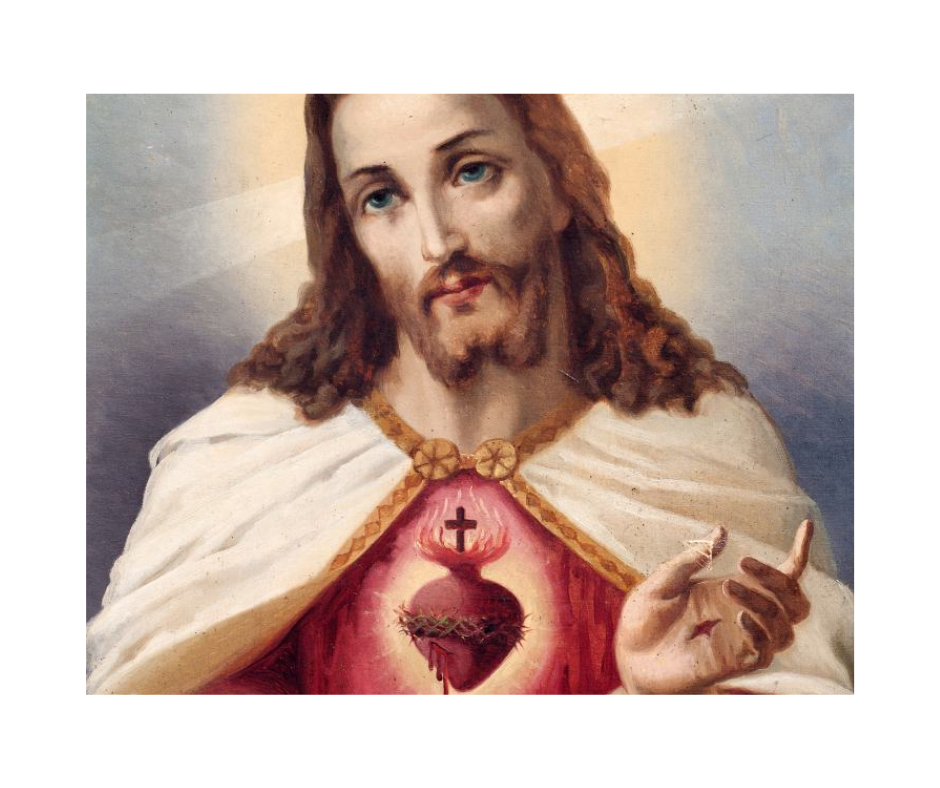 In France in the year 1664, a seventeen year-old girl was enjoying herself dancing at a ball, when she saw Jesus as He looked during His Passion. Jesus asked her if she had forgotten about Him. That girl entered a convent, and added the name Mary to her given name, Margaret Alacoque.

In Poland in the year 1924, a nineteen year-old girl was enjoying herself at a dance, when she saw Jesus as He looked during His Passion. Jesus asked her, “How long shall I put up with you and how long shall you keep putting Me off?” (Diary of Saint Faustina, 9). She departed immediately for Warsaw, going from convent to convent until one would accept her. She took the name Maria Faustina, adding it to her last name, Kowalska.

The devotion to the Sacred Heart of Jesus, revealed by our Lord to Saint Margaret Mary, and devotion to the Divine Mercy, revealed by our Lord to Saint Faustina, are two of the best known and most important devotions in the history of the Catholic Church. In reading more about Saint Margaret Mary, I was startled by the similarities between her life and that of Saint Faustina.

Jesus made his appearances to the two saints at times of great need for the Church and the world. While the devil was running amok in Nazi Germany and Soviet Russia, Jesus, through Faustina, was urging the world to return to the shelter of his mercy. In 17th Century France, Jesus came not between two evil states but between two troubled eras. Europe had been ravaged, and the Church torn asunder, by the religious wars between Catholics and Protestants from 1517 to 1648. Three million souls had perished in the French civil wars from 1562 to 1598, while German deaths in the Thirty Years War (1618-1648) are estimated between 33% and 40% of the population, mainly from starvation and disease. The devastation wrought by those wars sparked the “Enlightenment” era, where men would increasingly put their faith in human intelligence rather than the wisdom of God.

That wasn’t all. Following the religious wars, France was plagued by Jansenism, an unfortunate school of thought in Catholicism that emphasized our sinfulness and stated that only a chosen few would be saved. (It was very similar to Calvinism.) The Vatican condemned Jansenism quickly, but it nonetheless found much support among French priests. Jansenists believed only those free from attachment to venial sins could receive Jesus in the Eucharist. On that basis, many Catholics were turned away from the Eucharist in France. At its core, Jansenism was a heartless doctrine.

It was in this environment that Jesus appeared at Saint Margaret Mary, to teach the world the truth about His Sacred Heart. The truth is that Jesus feels things more intensely than we do and loves us with a greater passion than we can ever comprehend. That’s why He is so hurt by our indifference towards Him but so delighted when we come running back to His Sacred Heart. Listen to what He said to Saint Margaret Mary: “My divine Heart is so passionately fond of the human race and of you, in particular, that it cannot keep back the pent-up flames of its burning charity any longer. They must burst out through you and reveal my Heart to the world, so as to enrich mankind with my treasures.”

Not everyone believed Saint Margaret Mary’s visions were authentic, but she eventually gained the support of her superior and her community’s confessor. Saint Faustina’s case varies a little with the times: when she told her confessor (Blessed Father Michael Sopocko) about her visions, he had her evaluated by a psychiatrist, who declared her to be of sound mind. Father Sopocko would become an essential champion of the Divine Mercy message.

Saint Margaret Mary died in 1690, at the age of 43. Saint Faustina, who had suffered from poor health for years, passed away on October 5, 1938, at the age of 33. Both saints died in obscurity, their visions and devotions known by relatively few. In both cases, it took many years for the devotions to be officially sanctioned by the Catholic Church (which, to be sure, has an obligation to investigate private revelations carefully). The Jesuits helped spread devotion to the Sacred Heart, but it was a source of controversy for 75 years before receiving official approval from the Church.

The Divine Mercy devotion likewise faced many obstacles before gaining official acceptance. The devotion began to spread in the final years of Saint Faustina’s life, with Father Sopocko sharing the Divine Mercy message by distributing prayer cards throughout Poland. World War II put this activity to a halt.

Undeterred, Father Sopocko met with Father Jozef Jarzebowski, a Marian priest attempting to travel to the United States. Father Sopocko shared the Divine Mercy message with Father Jarzebowski. Departing from Lithuania in February 1941, Father Jarzebowski traveled by train through the Soviet Union with an expired American visa before reaching Imperial Japan. There he managed to celebrate a retreat in Nagasaki with the Franciscan community founded by Maximilian Kolbe. In May of 1941 he arrived in Seattle, his safe passage proof enough that Saint Faustina’s message does indeed come from Jesus. He shared the Divine Mercy message with the Marians of the Immaculate Conception, who continue to promote devotion to Divine Mercy to this day.

After World War II, Saint Faustina’s message began to spread west from Poland into Italy. However, the first translation of Saint Faustina’s diary was filled with errors and omissions, so much so that alarmed Church officials planned to prohibit the Divine Mercy devotion. A decree to ban the devotion was given to the new pope, John XXIII, in 1958, buried amidst a huge stack of papers awaiting his signature. When John XXIII became pope (according to his secretary), he took the huge pile of papers in his inbox and flipped it over. The last decree – banning the devotion – was now the first one John XXIII looked at, and he refused to sign it. He did however, temporarily suspend the devotion until the matter could be studied further.

The bishop of Krakow, Karol Wojtyla, led the investigation. Through this process, the Diary received a better translation, and the message of Divine Mercy became understood. Father Sopocko died in 1975, his mission to share the message of Divine Mercy apparently a failure. But God had other plans. In the spring of 1978, the ban on the Divine Mercy devotion was lifted. Six months later, Karol Wojtyla became Pope John Paul II. He beautified Faustina on April 18, 1993 and canonized her seven years later, making her the first saint of the Church’s third millennium.

All of this Saint Faustina foresaw. “There will come a time,” she wrote in her Diary, in 1935, “when this work, which God is demanding very much, will be as though utterly undone. And then God will act with great power, and give evidence of its authenticity. It will be a new splendor for the Church… when this triumph comes, we (Saint Faustina and Father Sopocko) shall already have entered the new life in which there is no suffering. But before this, your soul (of Father Sopocko) will be surfeited with bitterness at the sight of the destruction of your efforts. However, this will only appear to be so, because what God has once decided on, He does not change.” (Diary, 378)

The story of the Divine Mercy devotion is recounted in Father Michael Gaitley’s book, Divine Mercy in The Second Greatest Story Ever Told.